Holy rattlesnakes and I’ve just realised I have been listlessly (stupidly?) been wandering around my living room.  Why?  I have absolutely no idea.  Thought it best to sit down and tap out a little post instead, so as not to appear unusual or strange to all who may be able to see me through the blinds.

I’m in the middle of preparing a salad, and I’m not quite ready to eat it, hence the walking musings.  It has to be salad, because myself and Lilsister are boxing later, and loading up on carbs beforehand (ALWAYS my preferred food intake, hence the wobbly stomachs) is a no-no.  I have also been applying for internships to change my life, and jobs, to change my finances.  Oh for a reply to either!!!

My partially funded course goes well, and I find I am actually learning every time I go in.  I am feeling positive about the future, and would like you to know that I was not plodding about the floors with a gloomy face, but a small smile.  No nothing exciting has happened but I feel it must.  Something is stirring in the universe, and causing a trembling in the air, causing me to spring up and prance about.  What is it?

Just remembered I have coconut ice-cream in the freezer, thank you Mammy for buying it.   Perhaps my troddings will bring me to the freezer later?  I have an inkling they will.

A victory over red tape and the incredibly unnecessary complication that is the Irish public service system.  Billy has come through! I have some funding towards my very expensive diploma.  How to celebrate?  Needing eggs and it being early and not shower time, I threw an unflattering tracksuit over my nightdress and walked to the shops bra-less, letting my F cups flap in the breeze.  I felt free, loose and on top of the world.  Would try it more often with less people about but floppy F cups will not an admirer gain.

So it turns out that I am a celebrity!

I just realised the power of the public blog – ANYBODY can read it.  Even people who know you and don’t care about you in the real world, but still like to keep abreast of all your highs, and confer and discuss all your lows! 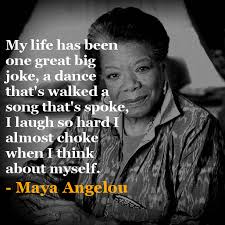 Feeling very powerful and interesting.  Who knew that my joke of a life would be of such gossip worthiness to those whose own is without upset or surprise? 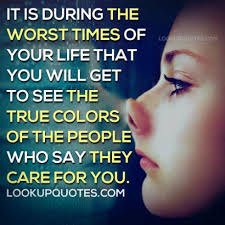 Leafing through my glossy folder whilst Billy and Mary argue about my ‘pending’ status I notice that I am to be treated to an ‘Action Plan’ for my job hunt.  Great.  My ‘one on one’ with Billy will also include ‘pathway options’ – oh the excitement of all the things they are going to treat me to!

‘So what are you after,’ asks Billy, still furiously clicking on my details, seemingly to no avail.

‘I was told to come here for guidance,’ I retort, wondering if this is the pathway referred to in my notes.  ‘I’ve applied to do a training course and tried to get some funding towards it, they said no at social welfare but at my engagement thing I was told this would be a possibility so I asked to speak with your area to see if that was the case.’

‘They have no idea in social welfare,’ says Billy, unhelpfully.  ‘I’ll print you a form, the training place fills it in bring it back to me and we will see.’

‘Can you also help with internships?  I’ve applied for a few but have heard nothing.  Are you able to call them and see what the story is?’

‘We used to be able to do that but now we can’t, only social welfare can do that.  If we do it we’re taking their jobs.’

‘Social welfare said they couldn’t ring anyone for me.’

‘You wouldn’t believe the politics in this place.’

Not for the first time, I wonder how I can get a government job.

I would like to begin by stating that despite making a list of healthies from my various cook books last night, and despite purchasing some of these healthies (pears, kiwis, various nuts and seeds for snacking, ingredients for my Lebanese salad which is a regular make I must admit) I also inhaled a scone the size of my face earlier.

I had to, for I had to deal with the social welfare again.

I turned up to my ‘guidance’ appointment at the allotted time and walked into an office run entirely by old and obese people.  My being ten minutes early seemed to cause some consternation amongst the staff, and the older lady that barely greeted me at reception went running away almost immediately to find somebody called ‘Billy’ (names have been changed to protect the useless).  This left me with an obese lady who had been standing at the reception as if propped up, who then looked out the window and shuffled away.  Then an obese man sat in the reception chair and wondered aloud how people sat ‘in this fucking thing’.

I took a seat beside some boys who smelt like cigarettes and was immediately called in to an office to see Billy.

Do you know who Lily Savage is?  He didn’t look like her but with a Dublin accent, sounded a bit like her.  He looked like Lily’s creator, Paul O’Grady, but seemed to have computer printed pictures of a wife all over his bulletin board, alongside, bizarrely one of a very young Jennie Garth of 90210 fame (who knew she used to be so chubby?).

Billy and ‘Mary’ then proceeded to have a long and deep and meaningful conversation about the data base on Billy’s computer NOT stating that I had been ‘engaged’ despite being to an ‘engagement gathering’ (see previous blogs for that golden nugget of time-wasting).  Cue lots of keyboard bashing which achieved nothing except sighs and declarations by both that I was ‘pending’ – something which appeared to be a Very Bad Thing.

I had been handed a folder, I looked through it and discovered that it had glossy colour photographs of the office I was marooned in and a printout of a Powerpoint presentation about what they were supposed to be doing in this office for me.  In the Key Words and Actions slide it did not say ‘pending’.

I was very much scone hunting this morning, as I like to do of a Wednesday, when I have to collect my social welfare payment at the post office.  The post office is within a shopping centre, allowing you to take your pennies and spend them unwisely all around you.  I stuck to my list, and bought my expensive bleach as per advice from Lilsister and Mammy, the toilet cleaning experts, who roared with laughter when I explained that my toilet was not sparkling, despite the semi-expensive bleach I have been using.  ‘You cretin,’ they screeched, ‘spend the extra forty cents and watch the toilet clean ITSELF.’

Bleach in hand, I had a quick look at the deli counter and discovered that my sandwich-relating husband search needs to be more discerning in its locations.  THIS particular deli was full of large haired ladies buying fish.

To the scone counter, where I was horrified to discover only fruit (I swore when I was a child I would never eat currants, and I am proud to say I stick to that) or – gasp! – BROWN ones!!!  There were no huge white ones covered in icing sugar.

Cursing at this enforced dieting, I took a brown one and came home, covered it with jam on one side and butter on the other, and inhaled it greedily.  It was sufficient, but not full of joy.

I feel a little empty.

It was whilst browzing at the bread and deli counter in my local supermarket yesterday (NOT scone hunting) I happened upon a queue of very attractive men getting their sandwiches made.    I quickly realised that should I ever resume husband hunting, this is the place to be!  The line consisted of men in various uniforms, overalls etc, of a wide range of ages but all looked fit and hungry, and beardy, three ticks on my husband wish list.  Obviously they all have jobs, hence the uniforms, so they are miles ahead of me on the social ladder.

I bought two wholegrain rolls for my potato and leek soup and tried not to look at the scones.